Climate and environmental factors influence the radial growth of trees (Fritts, 1976). Trees that grow in different geographic regions therefore show variations in their growth patterns. The provenance for trees can therefore be specified based on statistical and visual comparisons to reference chronologies developed from trees originating from various geographic regions. A problem with e.g. the Baltic material, however, is that many tree-ring chronologies have been developed from oak trees that were imported to Western Europe. It has therefore not as yet been possible to determine precisely where many of the trees originally grew. It is, however, possible to distinguish between different groups of the Southern Baltic timber and these groups most probably represent forests in different areas within the region. In some cases, however, the origin of the trees might be known, resulting in a more precise provenance. The interpretation of the provenance of the trees may therefore vary significantly depending on which reference chronology matches the plank(s)/sample(s) the best and on the information about the timber used for this specific chronology. 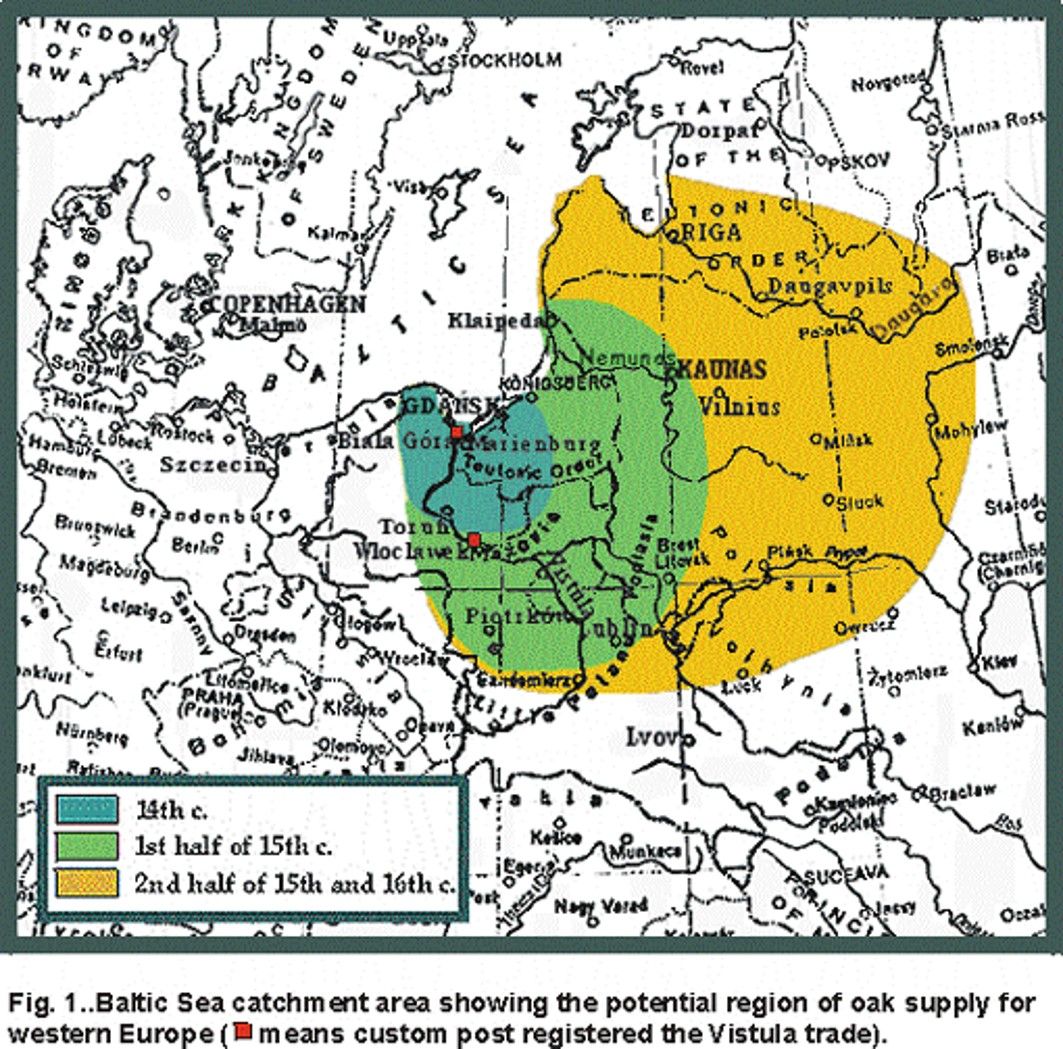